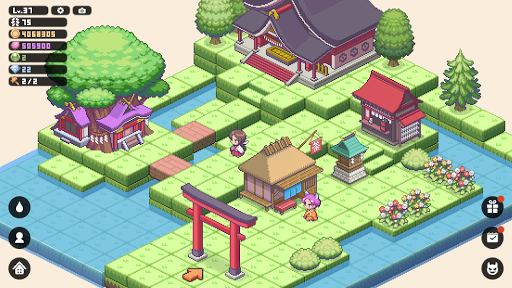 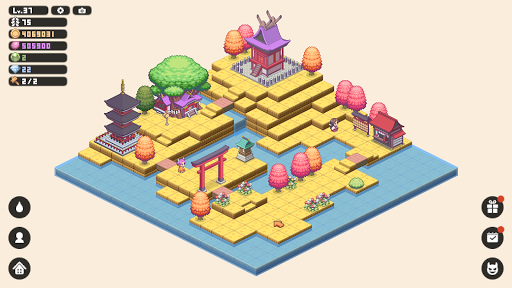 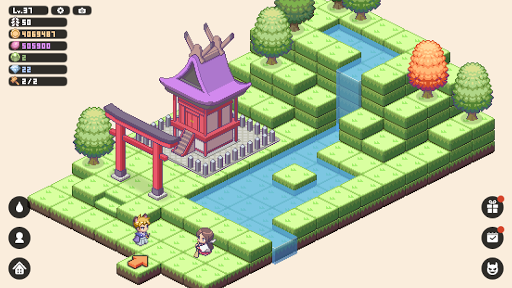 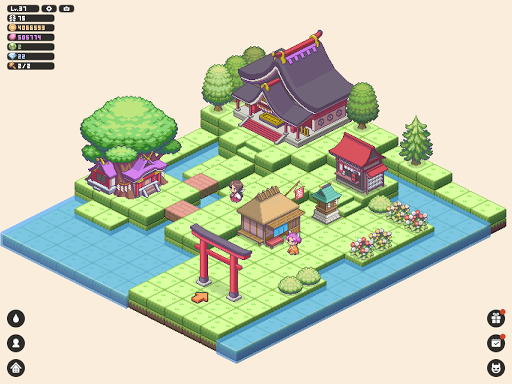 Massive update on our 2nd anniversary!
With the newly implemented communication function, you can visit other players' maps, give souvenirs to players who visit your map, and even become friends with them!

*How to play
The shrine is connected to the road to attract worshippers.
Receive resources from worshippers.
Reinforce the buildings with the collected resources and prepare for enemy attacks.
When you kill enemies, your shrine level will increase and you will get buildings and plants.
The number of buildings will be increased by raising the level, and the shrine will be enlarged.

*Features of the game
Resources can be accumulated even when the game is closed.
You can place terrain blocks and water sources anywhere you like.
Shrines can be opened to other players.
You can give souvenirs to players who visit your shrine.
Various buildings such as shrines, torii gates, and kaguraden (Shinto music and dance halls) will appear in the game.
Combat progresses automatically.
Let's place your characters and buildings well and defeat the enemies.
You can take a walk with a dog with the walk function.
New characters, buildings, and events are being added one after another.